Our website uses cookies, as almost all websites do, to help provide you with the best experience we can. Cookies are small text files that are placed on your computer or mobile phone when you browse websites. LEARN MORE >

Our website uses cookies, as almost all websites do, to help provide you with the best experience we can. Cookies are small text files that are placed on your computer or mobile phone when you browse websites.

A link to this web page has been copied to your clipboard.

We Want To Hear Your Thoughts!
How can we improve this newsletter? Which topics would you like to see covered in future newsletters?
Send your feedback to [email protected]. 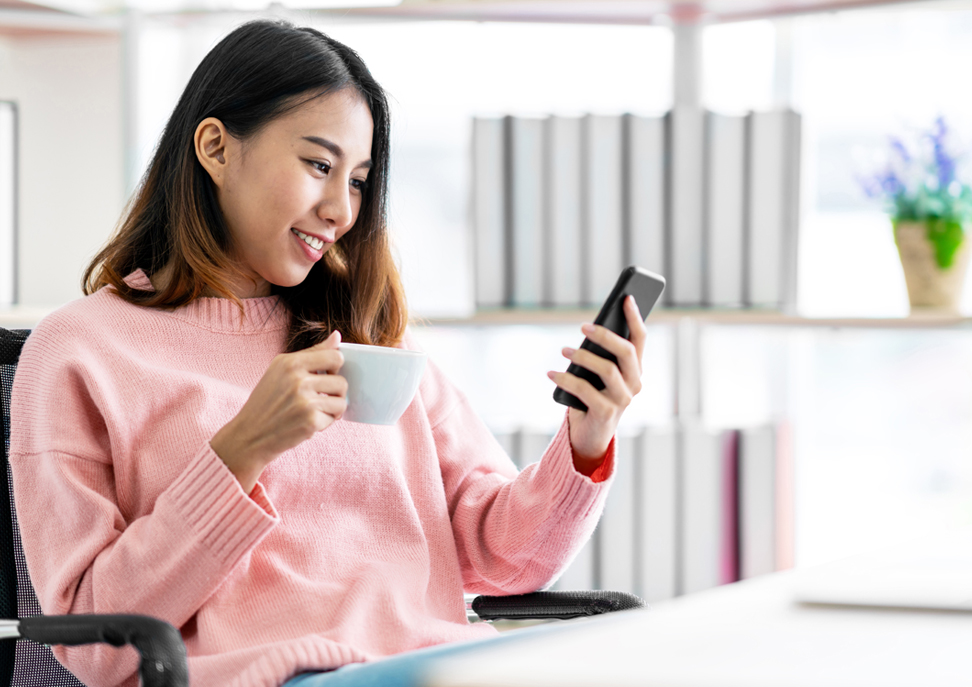 Well, the owner can first open the restaurant to a small group of friends and family. This way, the owner can get feedback and make small changes before opening to the public. This kind of event is called a “soft launch.” It’s used in many settings, including the All of Us Research Program.

All of Us is doing many things for the first time. It is building one of the largest and most diverse health databases in history. The program also gives participants information about their health.

We often do a soft launch before sharing new features with our more than 547,000 participants. Soft launches help us make sure everything goes smoothly. If we need to make improvements, we can make them before the full launch.

Right now, All of Us is doing a soft launch for giving participants their health-related DNA results.

Our labs have been hard at work analyzing participants’ DNA. And All of Us staff have been setting up a system for delivering these results. The system includes a new process for making an appointment with a genetic counselor to discuss their results. These reports will be available to the 1,000 soft launch participants later this month.

Here are just a few of the things we’re checking during this soft launch:

These details are important. The soft launch helps us confirm all is well. Then, we can start sending out reports to more and more participants.

Our participants are important partners in All of Us. We thank those in the soft launch for helping us make the program better. You’re helping us learn how we can most efficiently deliver results to 155,000 eligible participants. We look forward to making this important health information available to you, if you want it.

Learn more about genomics and how to become eligible to receive DNA results from All of Us.

All of Us By the Numbers

More than 547,000 participants who have completed the consent process.

More than 2,880 research projects are using All of Us data.

*Fully enrolled participants are those who have shared their health information with All of Us, including giving blood and urine or saliva samples.

Voices of All of Us: Alicia Zhou, Ph.D. 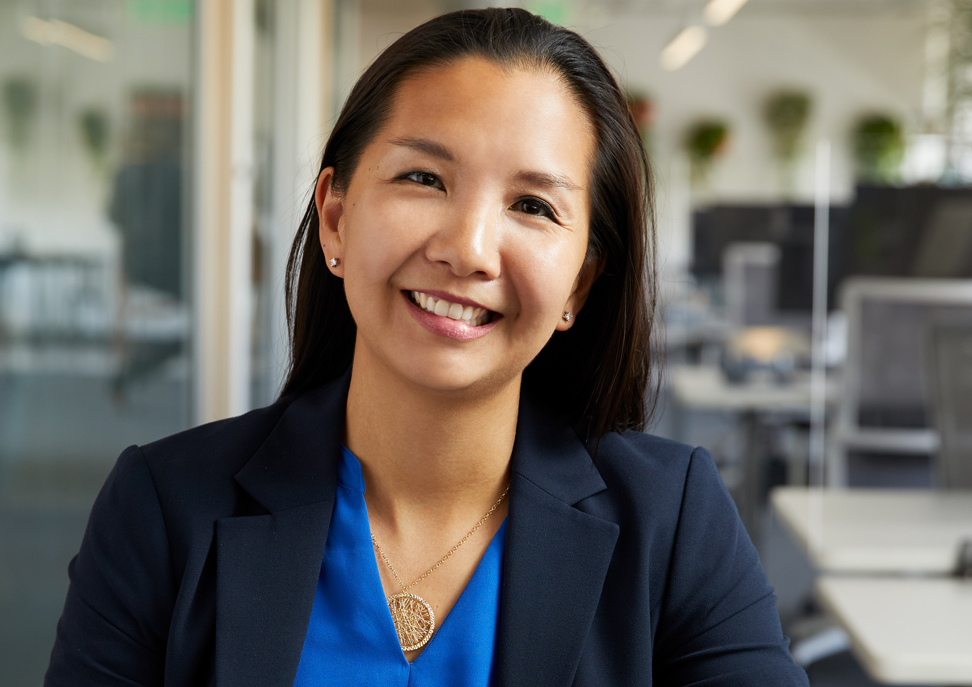 Alicia Y. Zhou, Ph.D., was destined to follow in her family’s footsteps to academic research. Growing up on U.S. university campuses, her mother and father both research librarians, she was fascinated with the “science of life.”

Born in China, she shifted between grandparents, aunts, and uncles as a toddler after her parents accepted research fellowships in the United States. At age 4, young Alicia traveled to the United States to reunite with her parents. Her father had only seen her once since he left, on a trip back to China. He brought her a Mickey Mouse toy, which she loved and carried with her to the United States. She remembers recognizing her father when she arrived at the airport and her mother rushing to embrace her.

From a young age, she developed strength and independence, learning to stand up for herself and pursue her dreams. At age 14, on summer break from high school, she researched internship opportunities and secured an internship at a cancer research lab at the University of Chicago, where she learned the intricacies of laboratory experiments.

A little over a decade later, she had completed her undergraduate and advanced degrees at the Massachusetts Institute of Technology (MIT), Harvard University, and the University of California, San Francisco (UCSF). It was only then that she began to envision a new career path, away from the academic setting.

In 2015, while pregnant and planning for maternity leave from her postdoctoral fellowship in breast cancer biology at UCSF, she was looking for ways to directly affect public health.

“Now that I look back, I realize I needed to translate science into impact—or else it felt hollow for me,” Dr. Zhou said. “I really think of academia as the place where the pursuit and love of knowledge is the North Star.”

She read a news article about a new health technology startup called Color, based in California, working to change the landscape of breast cancer by making genetic testing more affordable and accessible. The test would show whether women carried a gene variant that increased their breast cancer risk. Dr. Zhou was especially impressed that the company partnered with internationally renowned geneticist Mary-Claire King, Ph.D., recognized for discovering BRCA1, the breast cancer gene. To Dr. Zhou, this signaled the new company’s trust in science.

Six weeks after giving birth to baby Davi, Dr. Zhou was rocking him in his stroller to get him to nap. As soon as he was quiet, she typed a cover letter to Color’s chief executive officer, asking whether there was an interest in hiring her as a breast cancer scientist. Within six weeks, she began working part-time at the company.

“I think I could only have made that rash decision to take a leap of faith and change careers during maternity leave. I’m not sure I was in control of all my faculties,” she said, laughing.

Now, seven years later, she is the chief science officer at Color, leading Color's research, scientific, and medical affairs teams. In this role, she is helping to grow and shape the company’s partnership with All of Us through the program’s genetic counseling resource.

“It was the best decision I made,” Dr. Zhou said. “My work in the lab would have taken years to have clinical impact. I could see an immediate impact in my role at Color.”

Understanding Research: How All of Us Can Help You Learn Your Family Health History 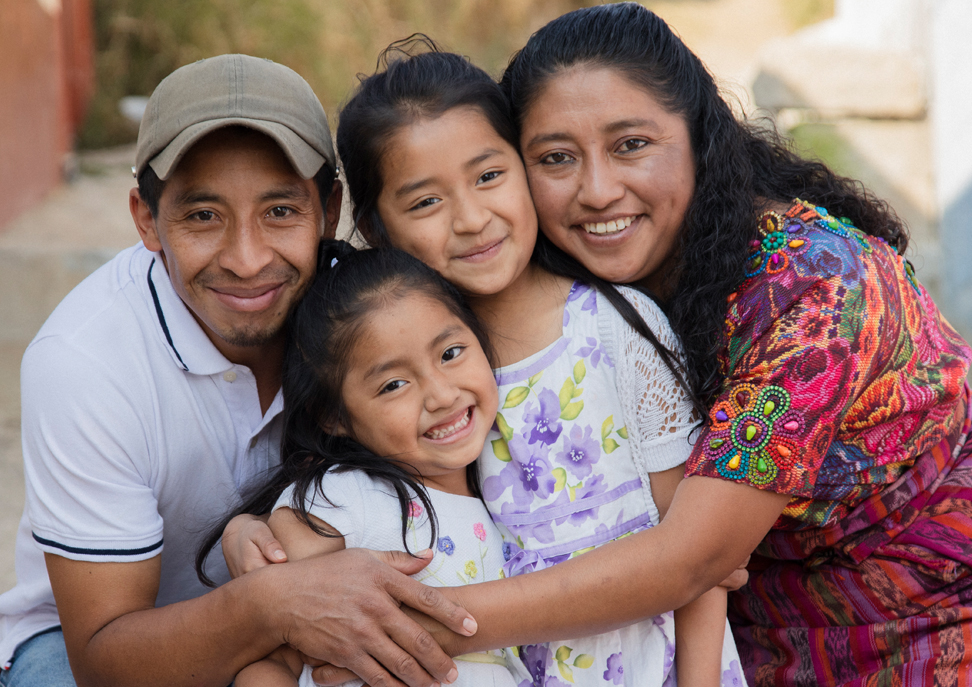 A recent study using All of Us data found that liver cancer rates were almost twice as high in Hispanic people born outside of the United States compared to those born in the United States. This finding shows us that where someone is born might impact their risk for cancer. Birthplace is a part of your health history. Learning more about people's health history can lead to new insights.

What do you know about your family’s overall health? November is Family Health History Month. This month, find out more about your family health history and how this knowledge could help improve your health.

What Is Family Health History?

Your family health history can be a record of health and illness in your family. It can also include where your family members were born and where they lived. Or details on your family’s habits, like how much they exercised or what they liked to eat.

You have likely shared some of this information with your health care provider or doctor. Your doctor may have asked whether any members of your family have had heart disease, or cancer. They may have also asked whether any family members have conditions like high blood pressure or high cholesterol.

Health care providers use this information to find out whether you are at higher risk for certain health conditions.

How All of Us Can Add to Your Family Health History

Our health is often linked to our genes. Certain versions (or variants) of some genes can be related to higher risk of diseases and health conditions. These gene variants can be passed down through families. That means that learning about your genes can be an important part of knowing your family health history.

What’s New With All of Us 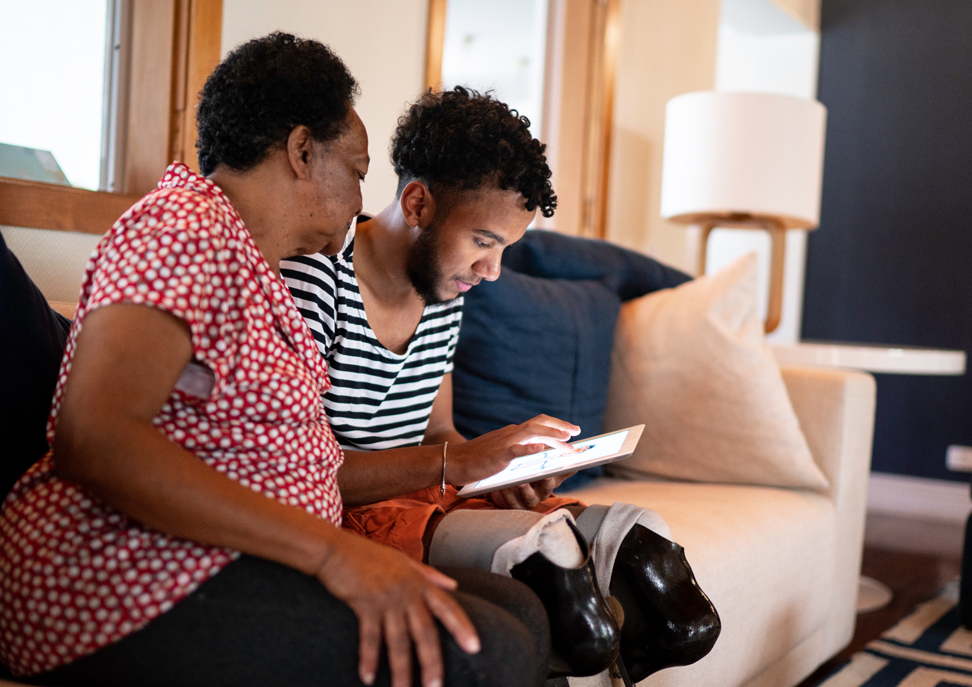 Meet All of Us’ First Director of Pediatrics

All of Us recently selected Sara Van Driest, M.D., Ph.D. to be the first director of pediatrics. Dr. Van Driest will help set the foundation for people under the age of 18 to participate in All of Us. Currently, participation is open to eligible adults, ages 18 and over, living anywhere in the United States. Learn more about Dr. Van Driest and her vision for All of Us.

The All of Us Journey Exhibit

All of Us hits the road! The All of Us Journey bus helps visitors from different communities learn about precision medicine research. Visitors can see the power of participation in health research firsthand. You can even sign up to be an All of Us participant if you choose to. You can find the Journey in the following cities:

Come meet us in your city!

Want to let friends or family know more about what All of Us is doing? Now you can invite family and friends to join the All of Us Research Program through the Participant Portal. Log in to learn more about how easy it is. We have done the work for you! Options include a pre-drafted email that you can send straight from your dashboard. Or you can copy and share a link to send to family and friends through social media or text. Thank you for spreading the word about All of Us.

All of Us Welcomes 20 New Participant Ambassadors

Participants are partners at All of Us. From the beginning, participant ambassadors have shaped the program. They work on many topics. These include research, participant retention, privacy and security, and returning information. Recently, 20 new Participant Ambassadors joined All of Us. Get to know them here.